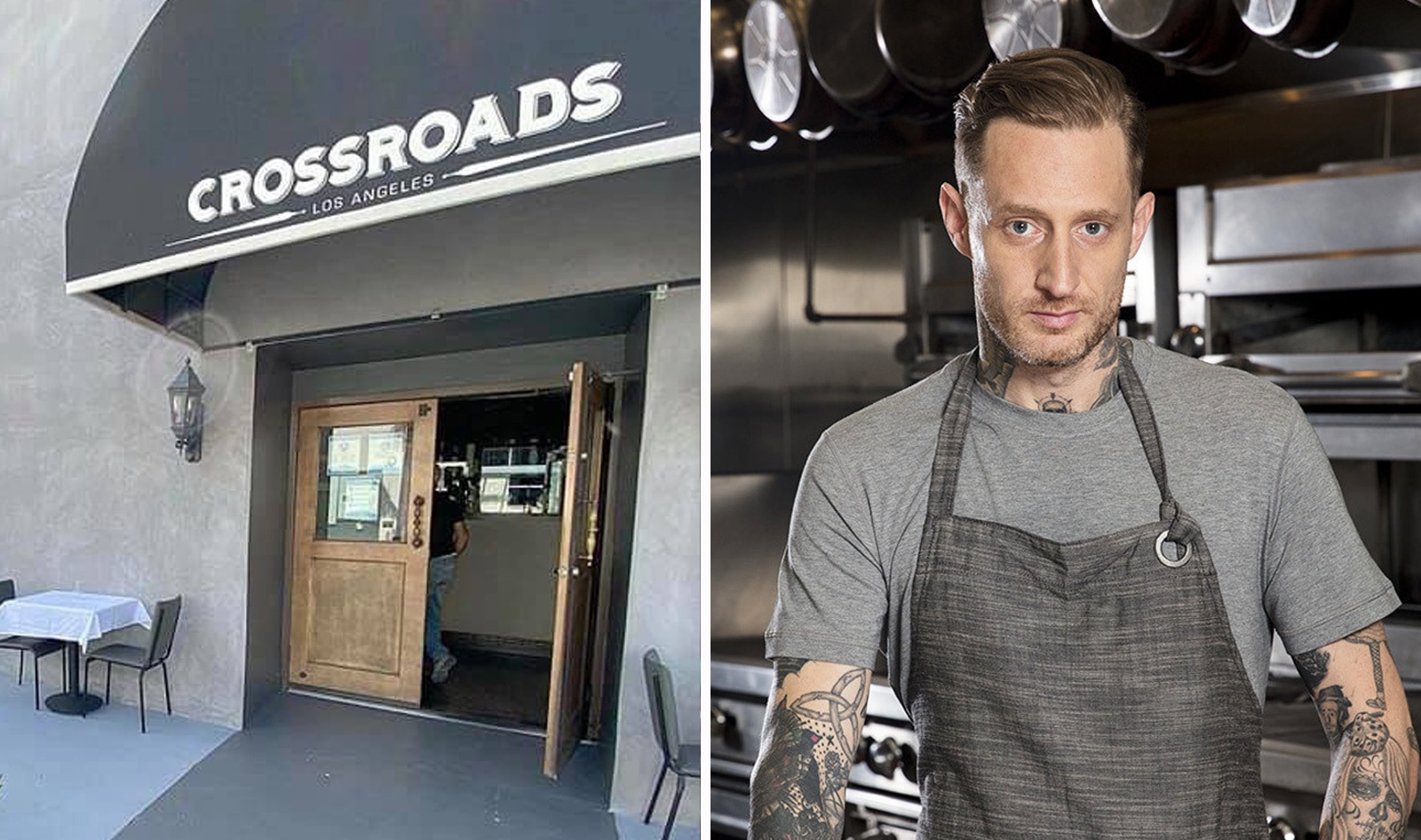 Los Angeles-based chef Michael Voltaggio recently donated $10,000 to vegan restaurant Crossroads Kitchen after winning the first round of a cooking competition on the Food Network’s Tournament of Champions. The culinary competition show gives professional chefs an opportunity to compete to win while supporting a restaurant of their choosing with much-needed funds. “I’m playing for Crossroads. It’s a plant-based restaurant here in Los Angeles,” Voltaggio said on the show. “The chef there is a dear friend of mine, and I don’t want to see these restaurants go away.”

Voltaggio was the winner of the sixth season of the Food Network’s Top Chef. Though he is not vegan, Voltaggio was a guest chef at Crossroads in 2018 and developed a five-course tasting menu for the restaurant that featured his inventive plant-based takes on traditionally meat-centric Italian dishes, including a vegan Smoked Beet Osso Bucco.

“It’s been a tough year, to say the least, and this means the world to us. Michael has been a great friend to Crossroads from day one and he wrote the introduction to our cookbook. We are extremely grateful,” Crossroads Kitchen founder Tal Ronnen told VegNews. “His restaurant, ink., was three blocks away when it was open and we became good friends and cooked at many events together, including Coachella. The $10,000 will help pay some bills, including the new patio we had to build [due to] COVID-19.”

The Comprehensive Guide to Vegan Butter