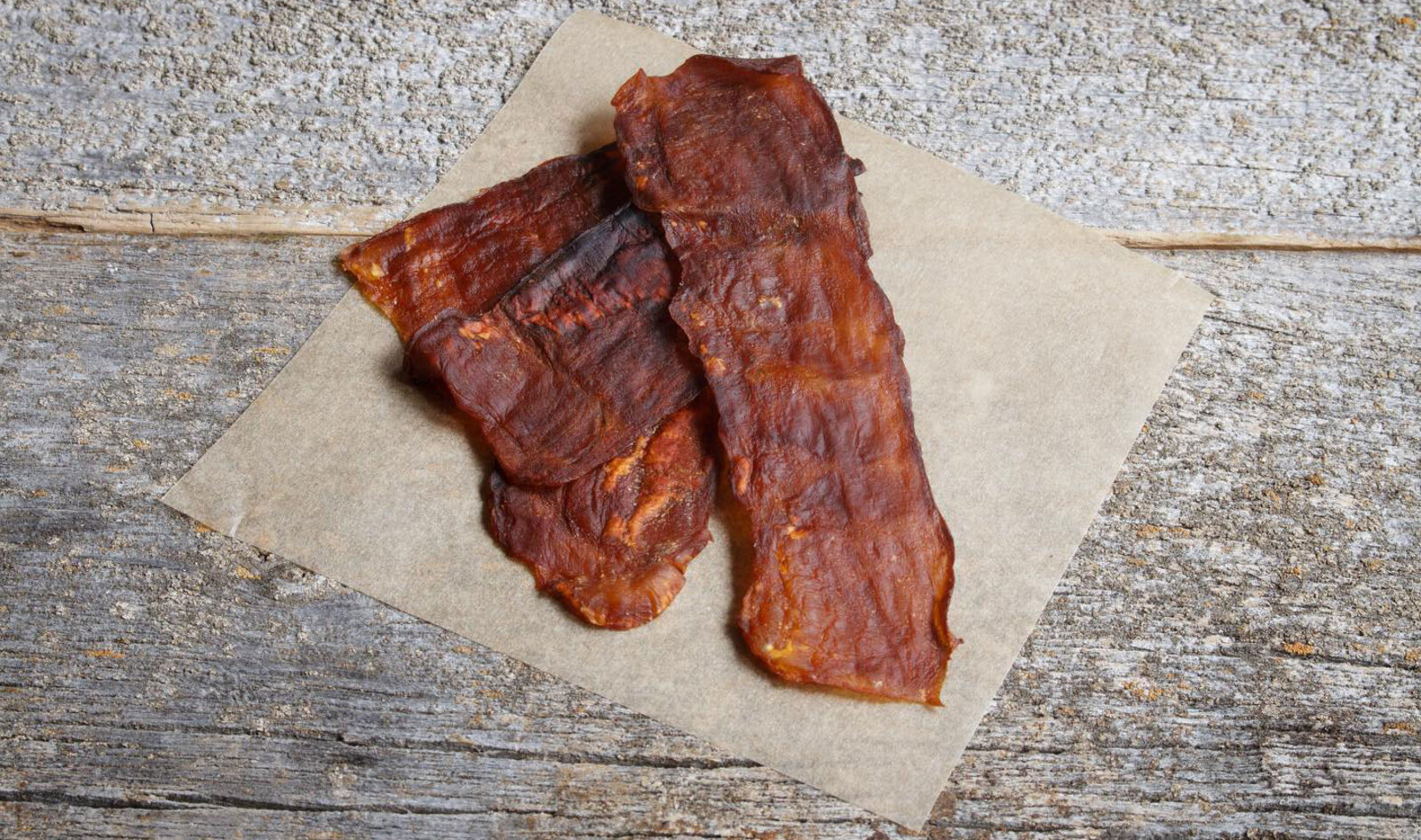 Biotechnology company Ecovative Design recently raised $60 million to fund its goal of replacing animal products and eco-damaging materials with mushroom-derived alternatives in a multitude of industries. Through its biofabrication platform, the company makes a suite of products using different strains of mycelium, the fast-growing root systems of mushrooms. Under its Atlast food arm, Ecovative creates mycelium-based vegan bacon and other meat alternatives, along with scaffolding that can help give structure to cell-based meat. Under its MycoFlex platform, the company creates biodegradable foams that can be used to create makeup sponges, spa slippers, toe spacers, and sheet masks to reduce waste in the beauty industry. MycoFlex is also useful in the fashion industry as a vegan, petroleum-free insulation in jackets, gloves, and footwear. The company also developed Forager, a versatile vegan leather, and previously used its biofabrication platform to produce styrofoam-free packaging for IKEA.

Ecovative founder Eben Bayer said the $60 million in funding will be used to scale-up its mushroom production, build upon its existing product lines, and create a discovery platform to develop new uses for mycelium. The company aims to become a bulk supplier of its mushroom-based alternatives to leather, meat, and other products, and developed a manufacturing process that can produce 100,000 pounds of mycelium per year. “What our intention is to do is not only create really exciting new things with biology, but bring them to [a] massive commercial scale,” Bayer told Albany Business Review.

Ecovative is part of an emerging industry of materials producers that rely on mushrooms instead of animal hides to make leather. While it takes months or years to raise animals for their skins, Ecovative’s Forager hides grow in just nine days.

Other companies working in this space include Bolt Threads, which announced a multi-brand partnership in 2020 with designers Stella McCartney, Adidas, Lululemon, and Kering to use its mushroom-based Mylo leather in future designs. Last month, McCartney became the first designer to showcase Mylo in two concept pieces: a bustier and trousers. By the end of the year, luxury brand Hermès will release a new version of its Victoria handbag made using Sylvania, a mushroom-based vegan leather developed by California-based startup MycoWorks.