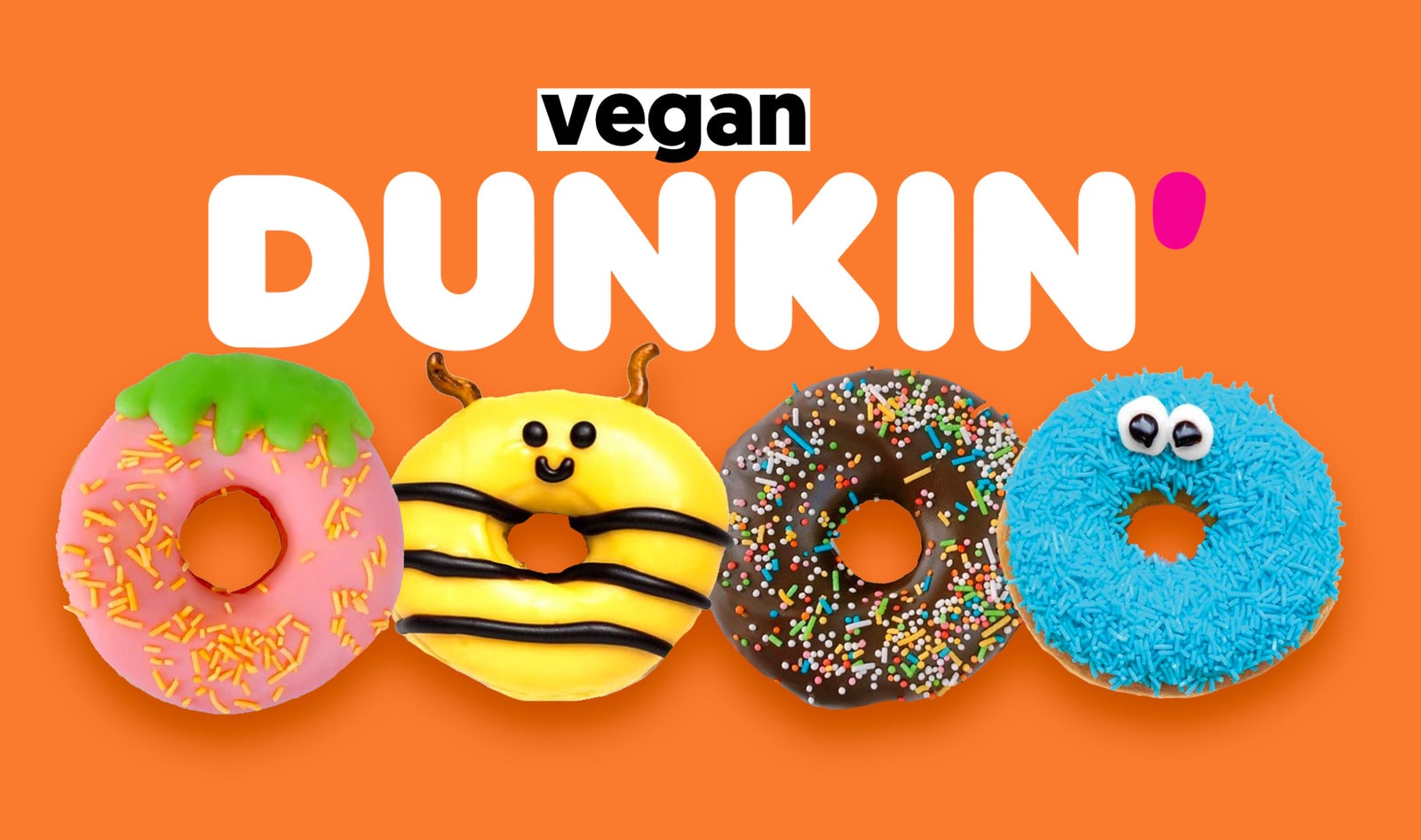 This week, international fast-food chain Dunkin’ added 41 vegan doughnut flavors to its menu in Belgium. The new flavors include simple creations such as Original Glazed, Pistachio, and Cinnamon Swirl; filled varieties such as Double Stuffed Strawberry, Sugared Raspberry, and Cinnamon Jam; along with inventive creations inspired by the Cookie Monster (complete with googly eyes), candy rings (in Strawberry Red and Strawberry Ring), and one vegan doughnut decorated to resemble a bee with salted pretzel antennae; and many more.

“Yes, your prayers have been heard,” Dunkin’ Belgium announced on social media. “From today on you can order more than 40 vegan doughnuts.” The vegan doughnut menu can be ordered through Dunkin’s delivery app and will hit physical stores in Belgium in May.

While customers in Belgium now have more than three dozen vegan flavors to choose from, a vegan doughnut has yet to hit Dunkin’ stores in the United States—but that may change soon. Last year, Dunkin’ CEO David Hoffman said that the chain is continuing to “investigate a viable vegan doughnut option” and is “looking at it closely.” A petition for a vegan doughnut at Dunkin’ organized by animal-rights group Animal Outlook currently has more than 21,000 signatures.

In the meantime, Dunkin’ has made other plant-based updates to its US menu. Last year, the chain launched the Beyond Sausage Breakfast Sandwich—which can be ordered vegan by omitting the cheese and egg—at all 9,000 Dunkin’ locations nationwide. In January 2021, Dunkin’ also launched the vegetarian Southwest Veggie Power Breakfast Sandwich at participating locations nationwide for a limited time. The sandwich features a vegan MorningStar Farms Black Bean Patty, an egg white omelet, dairy-based white cheddar cheese, and is served on a multigrain thin bun. To order the sandwich vegan, Dunkin’ suggests removing the omelet and cheese and substituting the multigrain thin bun (which contains honey) with vegan bread options such as an English muffin or a bagel. In February 2021, the chain continued its plant-based trajectory with the launch of Dunkin’ Avocado Toast—toasted sourdough bread topped with smashed avocado, sea salt, and black pepper, which is then sprinkled with Everything Bagel Seasoning made from sesame seeds, poppy seeds, onion, and garlic.

In the beverage department, Dunkin’s menu is also evolving with the addition of Planet Oat’s oat milk, which is now available at all locations as part of Dunkin’s new Iced Oatmilk Latte, as well as a variety of hot and cold drinks and as a substitute to any milk option (additional charges may apply).