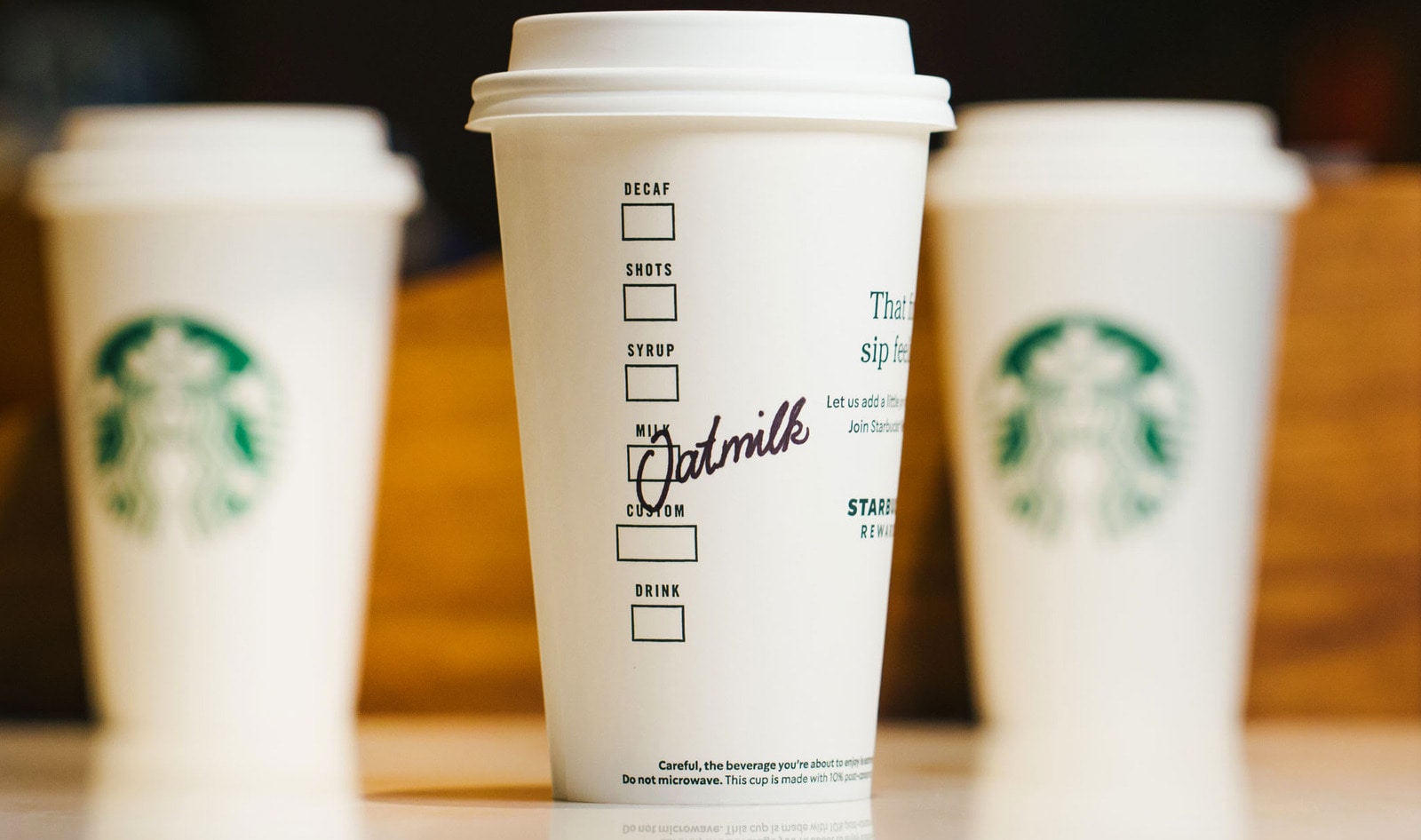 The chain initially tested Oatly at 1,300 Midwest locations in January 2020 and expanded the oat milk option to its menu nationwide in March. The chain features Oatly—its fourth plant-based milk option next to almond, coconut, and soy—in the Iced Brown Sugar Shaken Oatmilk Espresso which combines brown sugar and cinnamon, and is then topped off with oat milk. While Starbucks is not linking the Oatly shortage to any particular menu item, the spokesperson confirmed that the plant-based beverage has already gained a large fan base.

Increased demand at Starbucks is one of the factors contributing to a shortage of Oatly. The Swedish company currently operates a United States production facility in New Jersey and aimed to open a second plant in Utah last summer to meet growing demand. However, its construction plans were delayed by the pandemic and the facility is now becoming operational.

Starbucks is actively adding plant-based options to its menu in sustainability bid after a 2020 audit found that 21 percent of its global carbon footprint comes from dairy. In addition to adding plant-based milk such as Oatly, Starbucks has begun to explore more environmentally friendly food options. Last June, Starbucks added the Impossible Breakfast Sandwich (which cannot be ordered vegan), alongside vegan almond milk cold foam, to its menu nationwide—representing the first time the chain has served plant-based meat.

Last fall, Starbucks began testing the Plant Powered Breakfast Sandwich at one location in Issaquah, WA. This sandwich is vegan and made with a mung bean-based egg, a plant-based sausage patty, dairy-free cheese, and is served on an English muffin. In addition to the sandwich, the chain tested other vegan options at that location, including chickpea bites that Starbucks incorporated into The Chickpea Bites & Avocado Protein Box, a fully vegan meal option it launched nationwide in March. As of January 2021, the test location of the Plant Powered Breakfast Sandwich expanded to Dallas area Starbucks and a national launch of the vegan sandwich has yet to be announced.

“Expanding Starbucks plant-based menu is one of the ways we are pursuing our goal to reduce our carbon footprint by 50 percent,” a spokesperson told VegNews in March. “Our aim is to provide our customers with a variety of choices as part of their Starbucks experience and we look forward to hearing feedback from our partners, employees, and customers.”