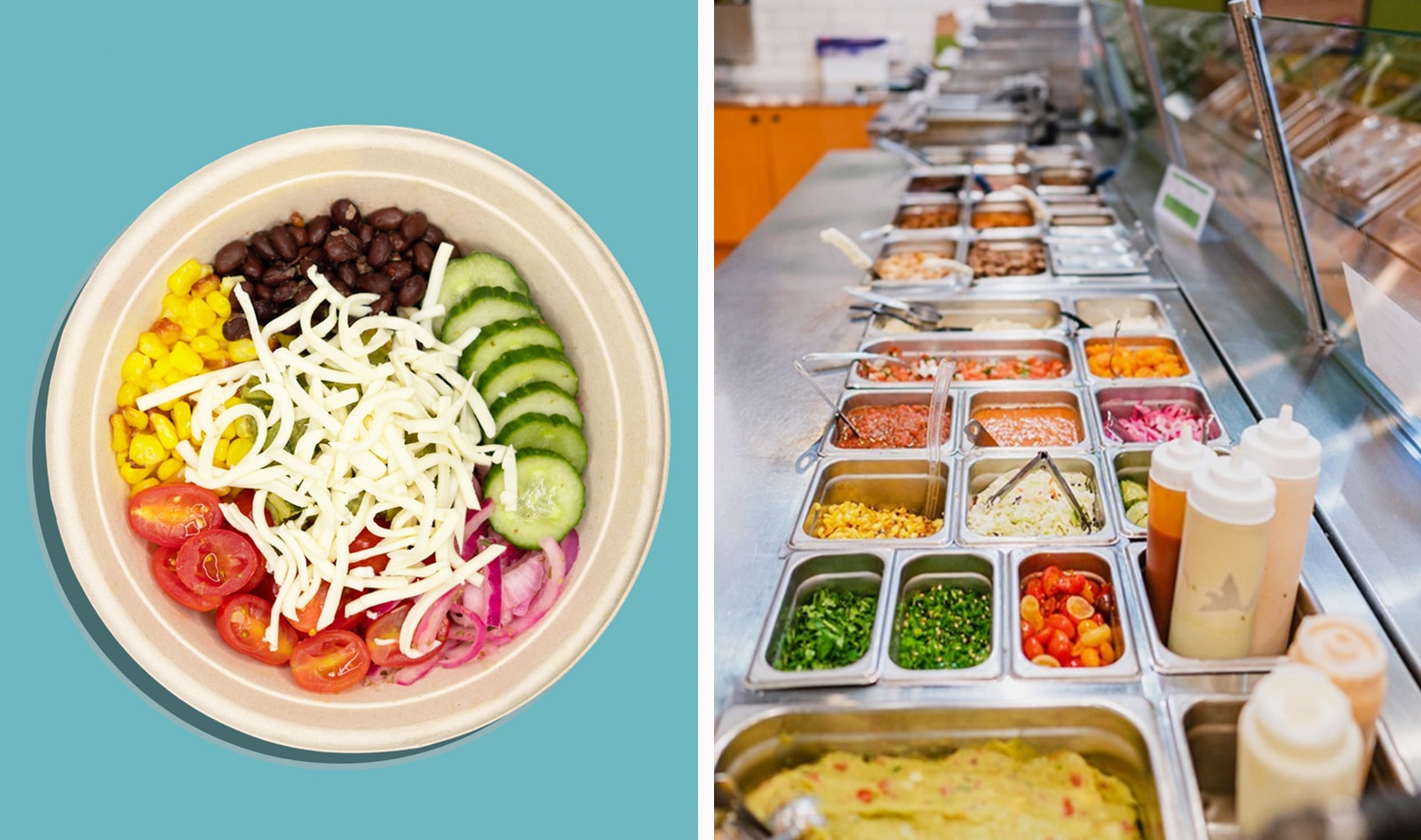 This month, Mucho Burrito—a Canadian fast-food chain with a customizable menu similar to Chipotle—added vegan cheese to its menu at more than 140 locations across Canada. Made by Canadian vegan brand Nabati Foods, the new vegan cheese can be ordered instead of dairy cheese for a limited time. “Nabati Foods is pleased to continue building on our momentum in the foodservice industry by partnering with another major Canadian company. Mucho Burrito shares Nabati’s commitment to sustainable, and flexible menu options, and we are excited to work together to feed the growing consumer demand for plant-based food,” Nabati CEO Ahmad Yehya said. “Nabati Cheeze is a versatile product that can be incorporated into a wide variety of diets and many different types of recipes. We created our cheeze product because we believe that eating plant-based should not mean sacrificing taste and a great experience.”

In addition to Nabati cheese, the chain also offers Beyond Meat’s vegan beef crumbles as a protein option in any meal, along with other toppings such as charred corn, fajita vegetables, pickled red onions, and a variety of salsas.

While Chipotle has yet to follow in Mucho Burritto’s footsteps in adding dairy-free cheese, the chain does offer vegan options. In 2013, Chipotle introduced sofritas—a spiced and braised tofu—which can be ordered in place of meat in many meal combinations. After selling 7.5 million pounds of the vegan tofu option in 2018, Chipotle debuted the sofritas-topped Vegan Bowl in 2019 as a permanent menu item—as an extension of its Lifestyle Bowls line, which is a selection of preconfigured menu items created to appeal to customers who follow diets such as paleo, keto, and Whole30. Earlier this year, Chipotle also added vegan cauliflower rice to its menu for those looking for a keto-friendly option.

In March, Chipotle ventured out of the food industry and partnered with beauty brand e.l.f. Cosmetics to launch a fully vegan makeup set inspired by the fast-food chain’s customizable menu which included an eyeshadow palette with colors such as white rice, pinto beans, sofritas, and guacamole, along with red salsa-tinted lip gloss, and avocado shaped beauty blenders.

12 Seasonal Sweet Potato Recipes to Enjoy During the Holidays!

Dog Finally Finds Forever Home After 848 Days in the Shelter