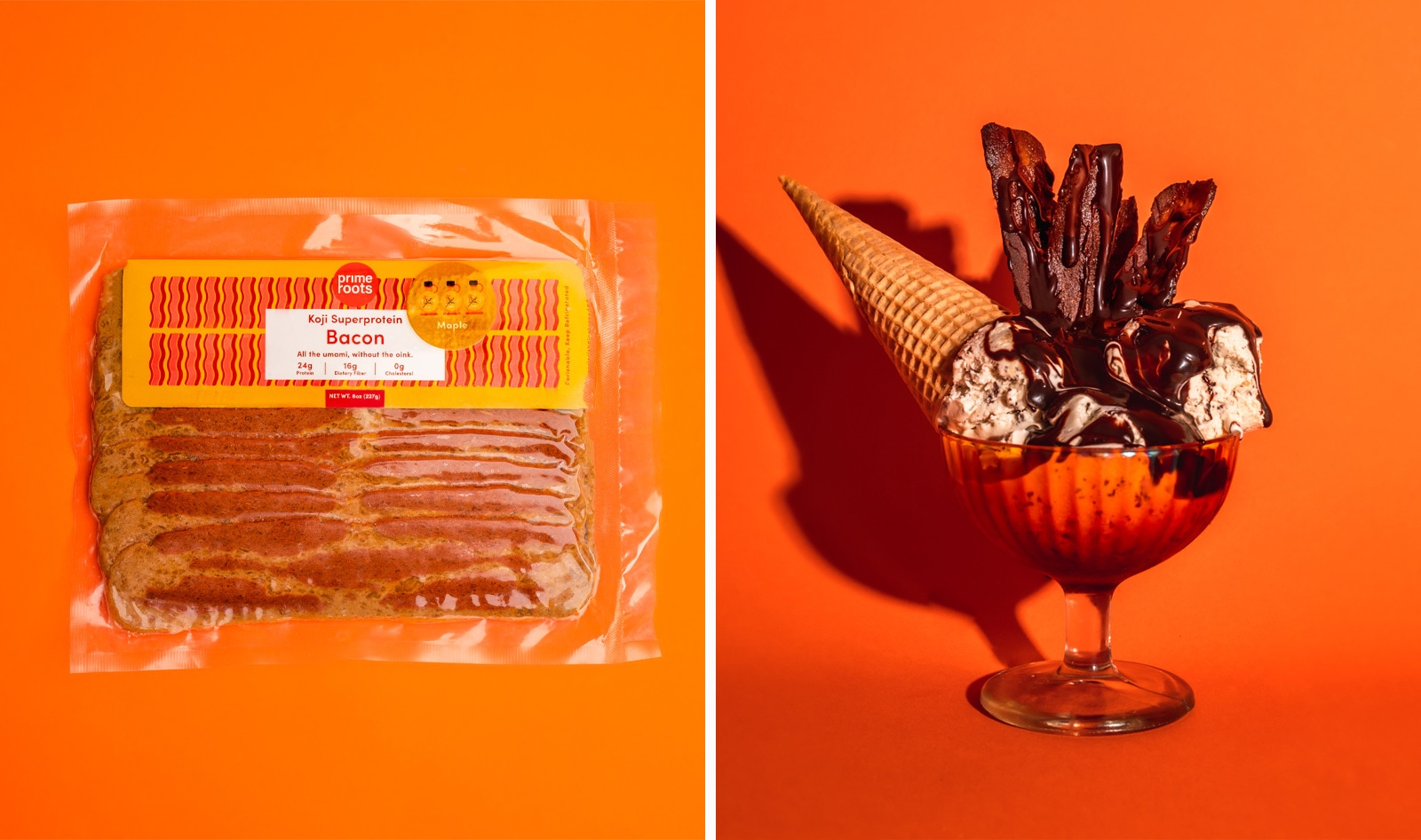 Today, vegan meat brand Prime Roots is launching flavored vegan bacon in honor of Earth Day. Founded in 2017, Prime Roots offers vegan products such as seafood, chicken, beef, and bacon that are made with koji (a Japanese fungus). Similar to the brand’s Plant Based Superprotein Bacon, the new product is thick-cut, butcher-style bacon and is now available in flavors such as Sriracha, Black Pepper, Maple, and Hickory. The new flavored bacon is available exclusively on the Prime Roots website.

“As a bacon lover myself, I realized that bacon isn’t just ‘bacon.’ In fact, there are many different flavors and types of bacon, and I wanted to create a lineup that reflected the unique varieties of pork bacon, in a plant-based format,” Prime Roots co-founder Kim Le told VegNews. “With the launch of our new plant-based bacon line, it’s easier than ever for our community of food lovers to experience the bacon they know and love in exciting new flavors without compromising on taste, texture, and quality. My personal favorite is our black pepper bacon, which was one of the most popular choices in our community voting initiative. Our bacon will be the first plant-based bacon line that gives the consumer the same experience they would get with pork bacon. From flavor selection to crispiness level, plant-based foodies can have it all.”

New Legislation Seeks to Ban Bacon from Hospitals in Oregon