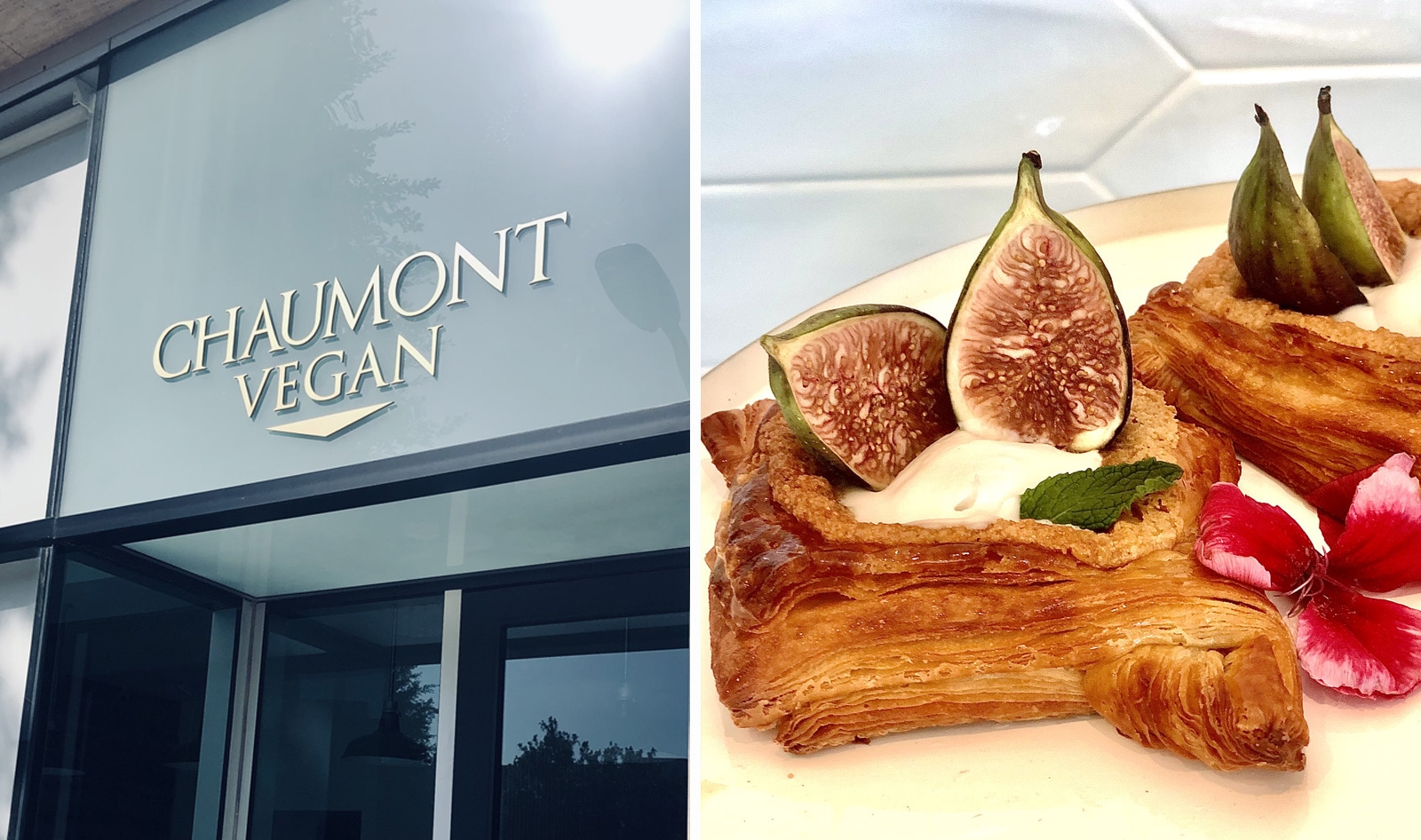 Alongside its traditional baked goods, Chaumont Vegan also serves savory pastries such as jalapeño and cheese rolls featuring Follow Your Heart mozzarella, vegan pizzas with a croissant base, pepperoni and cheese rolls, and breakfast items such as avocado toast and granola and yogurt bowls.

“There are so many restaurants in Los Angeles that offer vegan alternatives. We noticed all of them offered great food in terms of savory options but when it came to the sweet side, it was [mostly] cookies and brownies,” Laski told VegNews. “So we thought, ‘Let’s give this [vegan bakery] a try.’”

After the ongoing COVID-19 pandemic forced the couple to shutter Chaumont Street eatery—a vegan-friendly, lunch concept catering to the city’s office workers—Laski and Abddaim decided to convert the space into Chaumont Vegan due to a significant increase of patrons, and close friends, inquiring about vegan options at their original Chaumont Bakery and Cafe concept. “Throughout the last four years within our close circle, we’ve had a lot of friends who have gone vegan and a few who have been longtime vegans,” Laski said. “The ongoing joke became, ‘Hey, when are you going to make vegan croissants?’ And at first we thought, ‘Hey, there’s no way we can do that.’ But it almost became a sort of dare and one day we thought, ‘Let’s try it.’”

Now that Abddaim, Chaumont’s recipe developer, has perfected the bakery’s vegan croissants, she hopes to expand Chaumont Vegan’s gluten-free offerings. The couple will continue to create vegan versions of French favorites and offer more savory and grab-and-go options. A second location of Chaumont Bakery and Cafe will open in Santa Monica, CA this summer, where Laski and Abddaim have plans to offer a separate vegan menu.

Located at 145 South Beverly Drive, Chaumont Vegan is currently open Friday through Sunday with plans to open six days a week this summer.

Coca-Cola, Nestlé, and PepsiCo are the Top 3 Plastic Polluters on the Planet