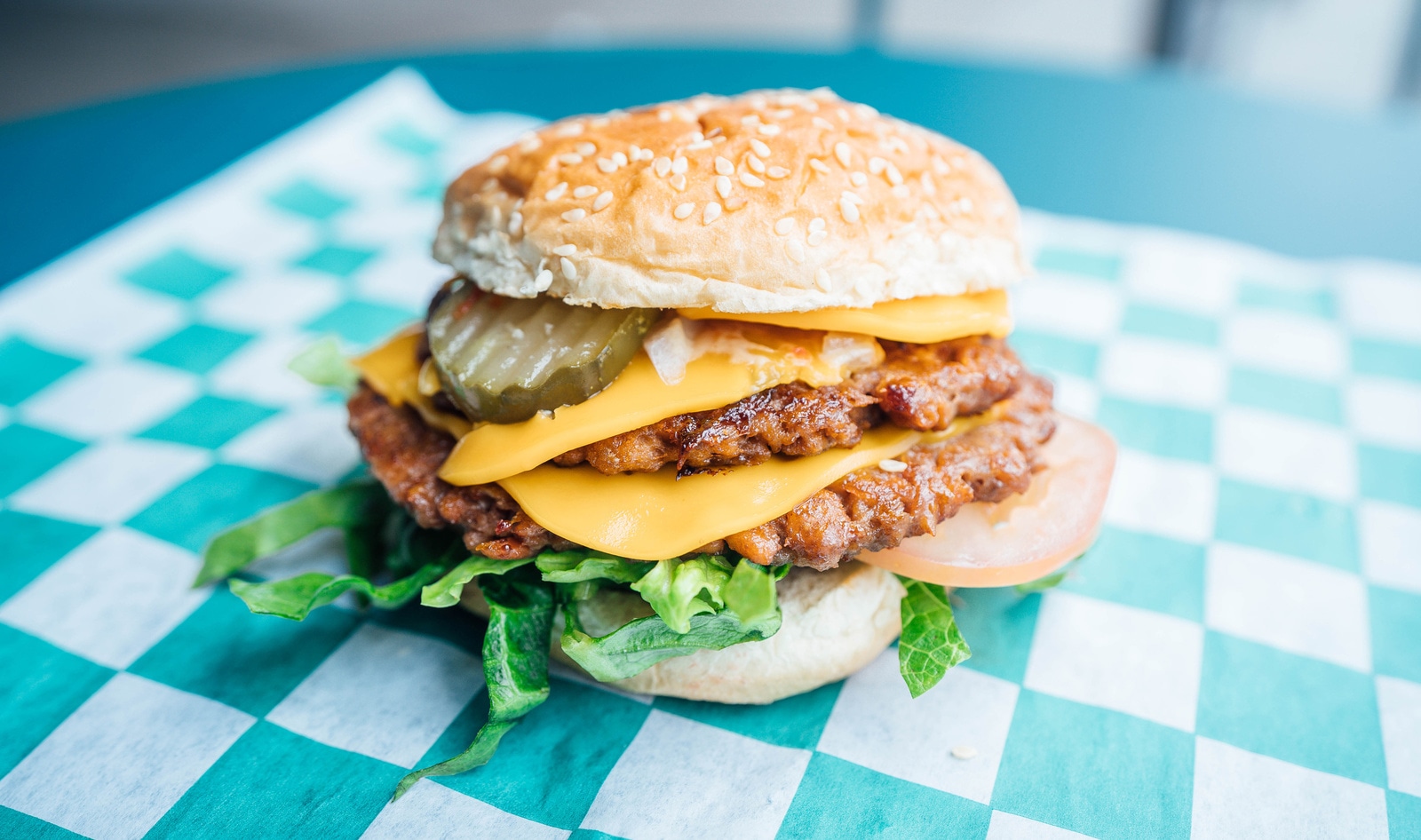 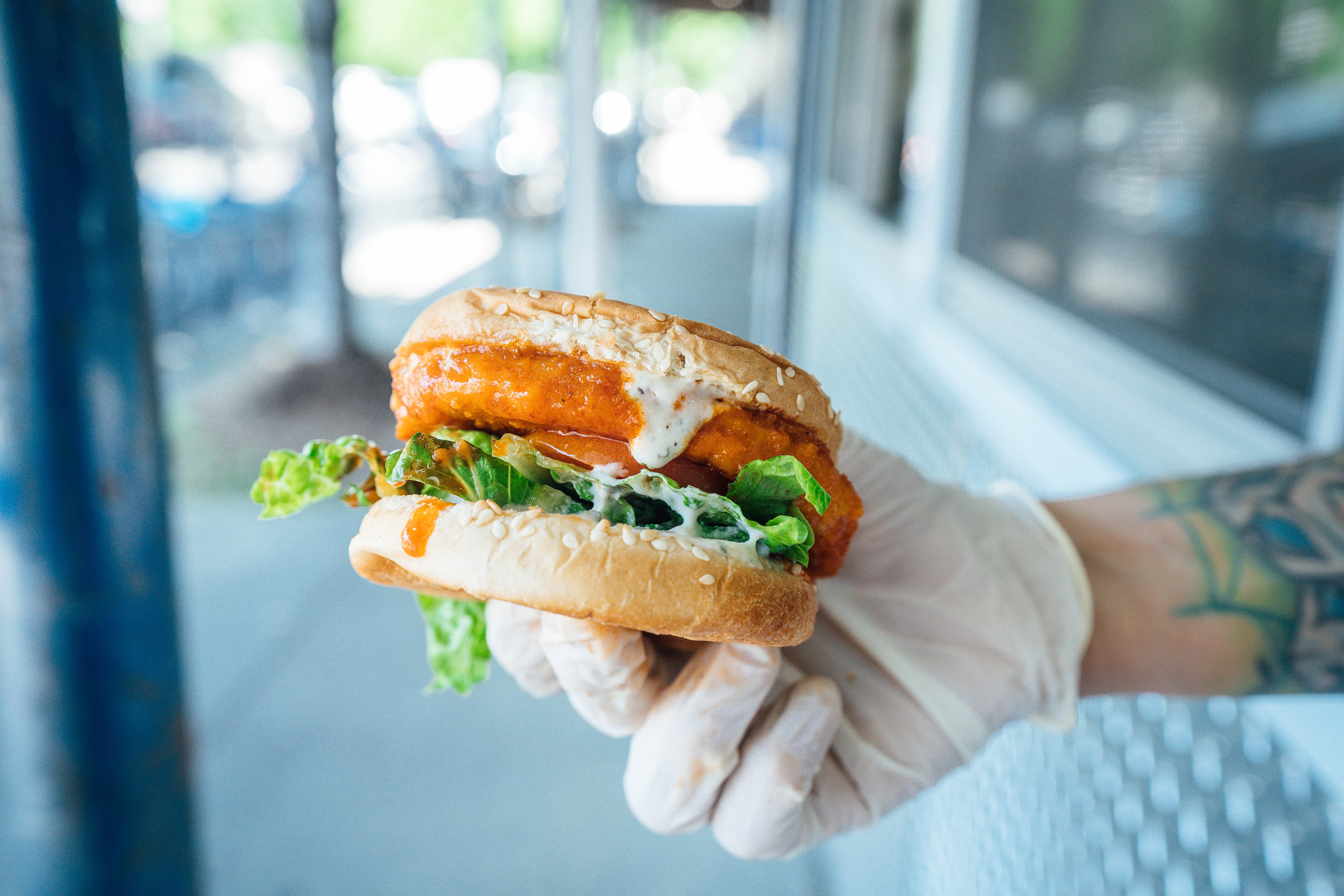 The menu is helmed by Guillermo “Memo” Jaramillo, a chef who previously worked at Champs Diner—another vegan Brooklyn establishment—and was laid off due to the COVID-19 pandemic. Grilled! also offers specialty items such as the Latin American-inspired Arepa Burger which features a Beyond Meat patty on a housemade, Colombian arepa topped with provolone, plant-based ham, and secret pink sauce. Other specialty items include the Colombian hot dog (Lightlife SmartDog topped with secret sauce, pineapple sauce, diced onions, and crushed potato chips); the Cubano (which is made with marinated seitan pork, ham, Swiss cheese, and pickles); and the Choripan hero (featuring a Beyond Sausage drizzled with mustard and housemade chimichurri sauce). 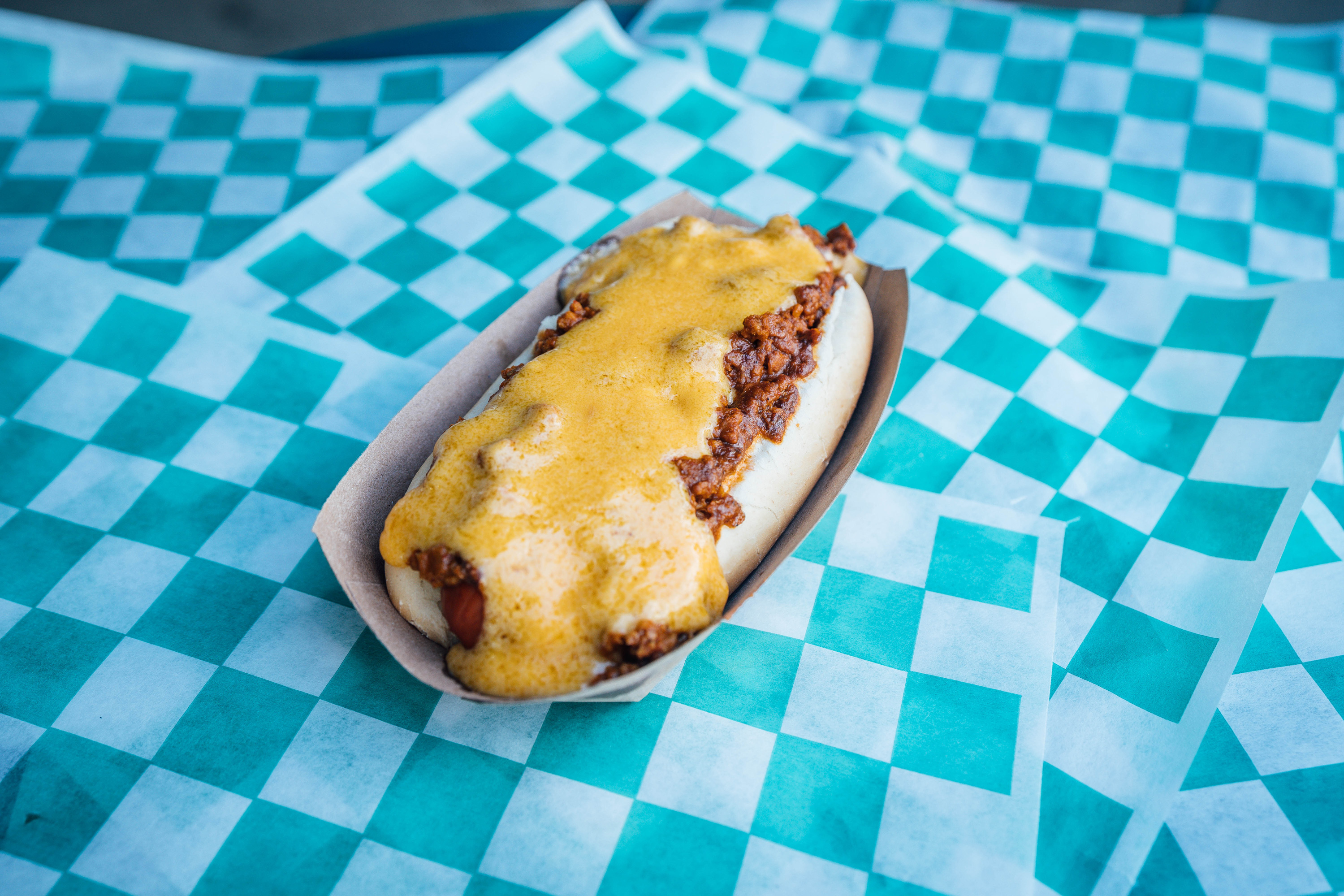 Prices range from $2 to $9.75 and reflect DellaPeitra’s mission to help make veganism more accessible to the surrounding communities. “We’re serving over 100 meals per day, to both vegans and non-vegans alike,” DellaPietra told VegNews. “They love the food, first and foremost, but [customers] also love the prices. No item of ours is over $10, and it will always be this way. We want there to be little to no barriers for people to eat plant-based.” 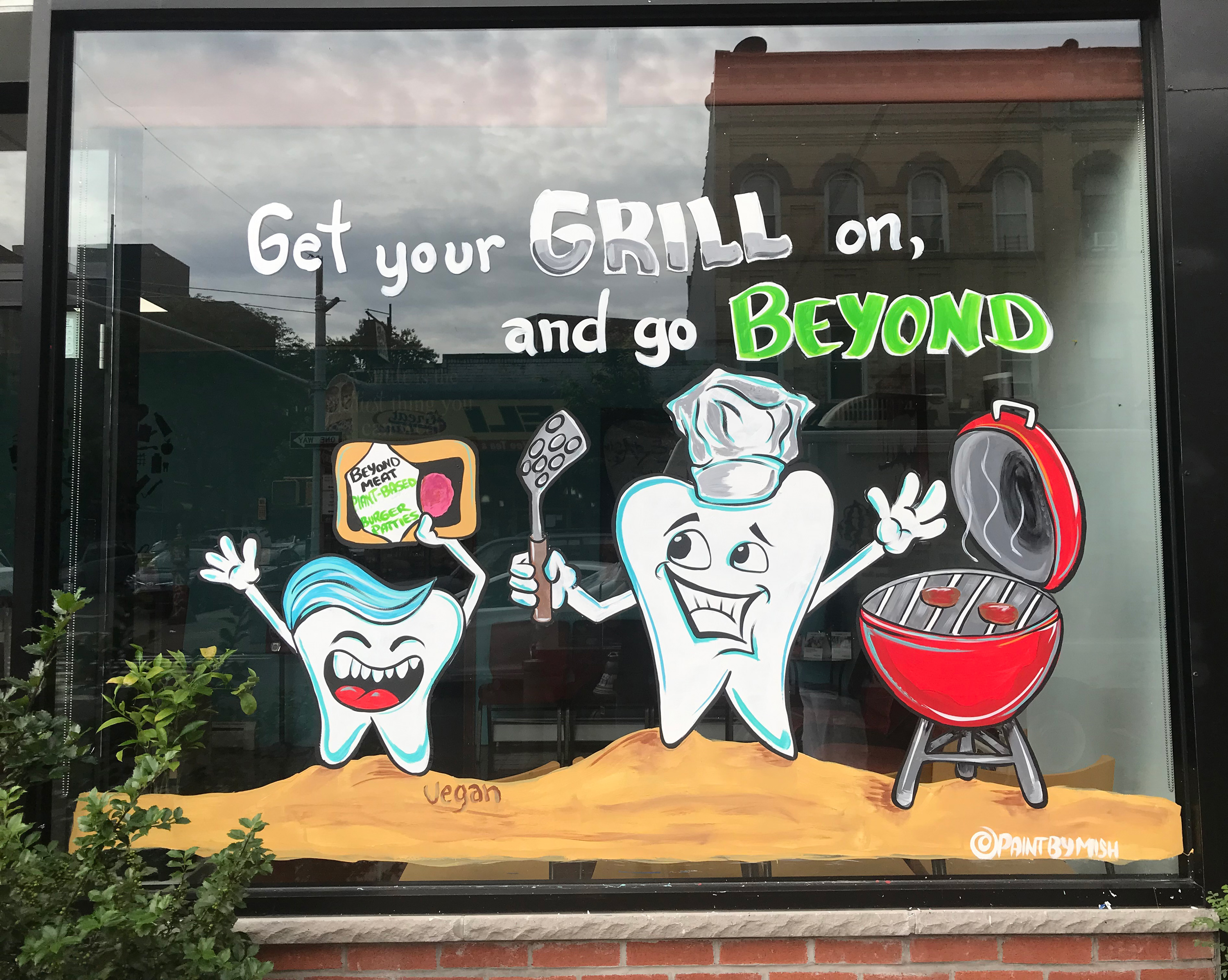 Grilled! deliberately uses recognizable vegan products that are also available for purchase in stores. “People today are much more aware of the suffering animals endure, particularly in the age of social media,” DellaPietra said. “They want to eat more plant-based, they just need it to be more accessible and affordable. They also need to become more familiar with vegan products, which is why we purposely use brands like Beyond Meat, Gardein, Field Roast, Violife, [and more]. We want folks to try and enjoy them at Grilled! then [purchase these items] on their own and continue along the plant-based path.” 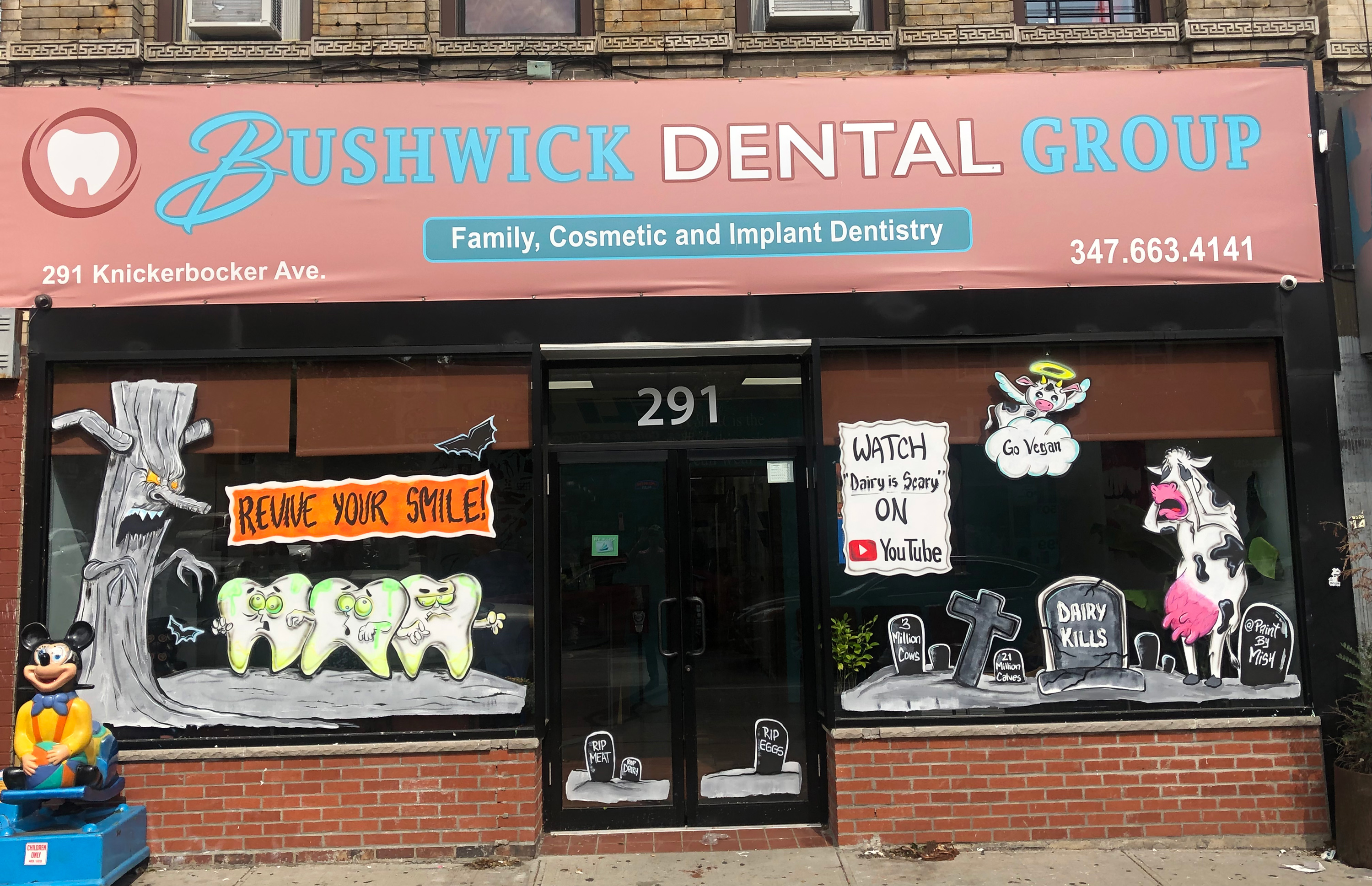 “At the time, I was a huge fan of Whale Wars, a show on Animal Planet that showcased the Sea Shepherd Conservation Society’s anti-whaling efforts in the Antarctic Ocean,” DellaPietra shared. “I went on their website and learned they would be attending the NARC. I considered myself an animal lover, so I decided to go. It was there that I learned about the plight of animals—all animals, not merely companion animals; whales and dolphins. I learned about gestation crates, battery cages, forced impregnations, and the many other ways animals are made to suffer. I left the conference deeply affected by the suffering of animals—whether for food, fashion, entertainment, or experimentation. I vowed to do what I can, however I can, to alleviate their suffering. Twelve years later, that still remains. While much practice has been made, the fight for animal liberation continues.” 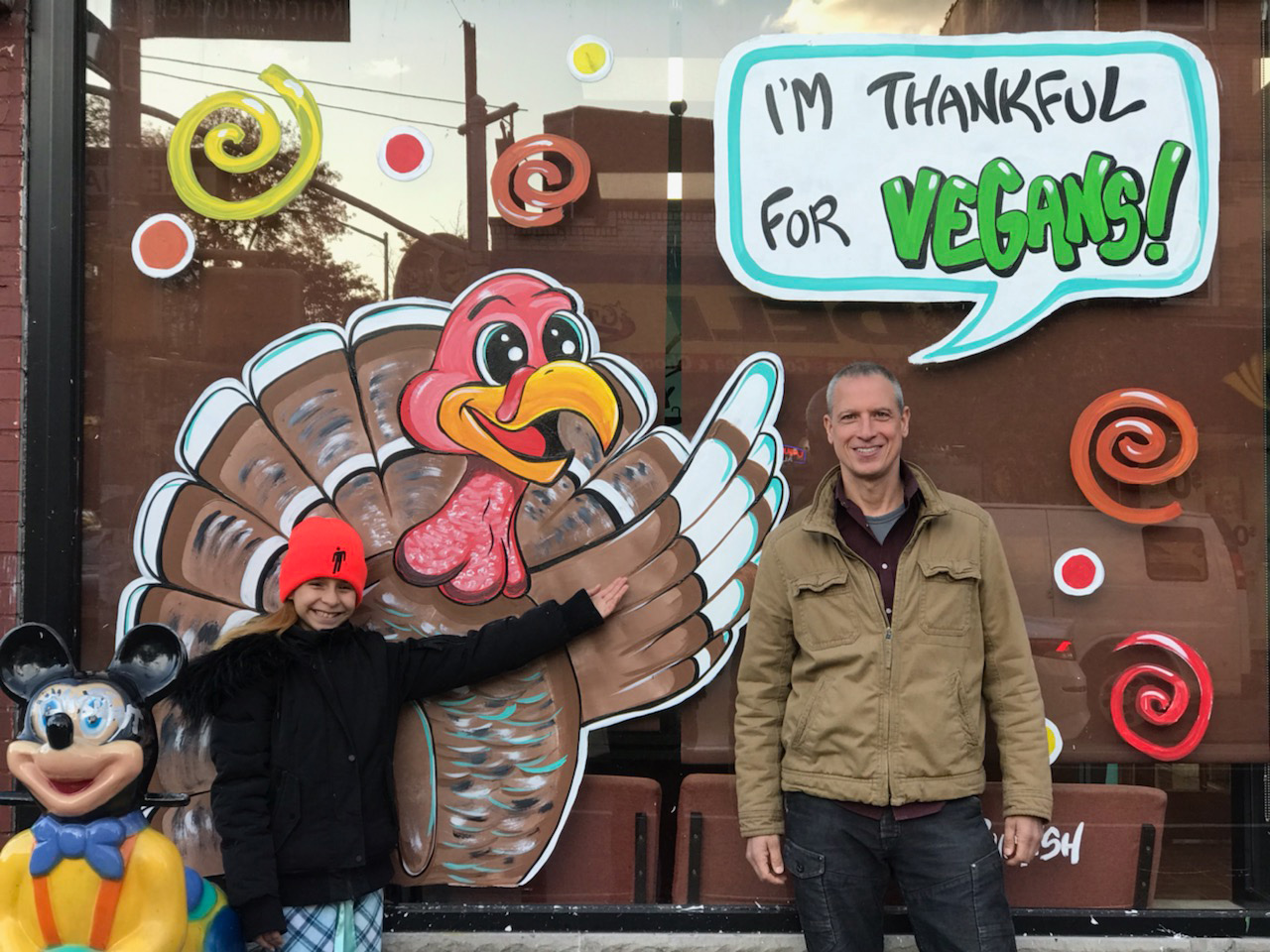 Fighting for animals with vegan food

After a decade of street and online activism, DellaPietra is excited to use food as a new form of activism to help make veganism more accessible. Next door to Grilled!, at his dental practice, DellaPietra’s activist efforts have been at play for years. Large, seasonal murals depicting vegan messages (such as “Go Vegan” and “Dairy Kills”) can often be seen front and center at the dental clinic’s entrance. Inside, vegan starter kits, informative pamphlets from nonprofit Vegan Outreach, interactive children’s books, and copies of VegNews Magazine are stocked in the waiting room for the vegan curious. 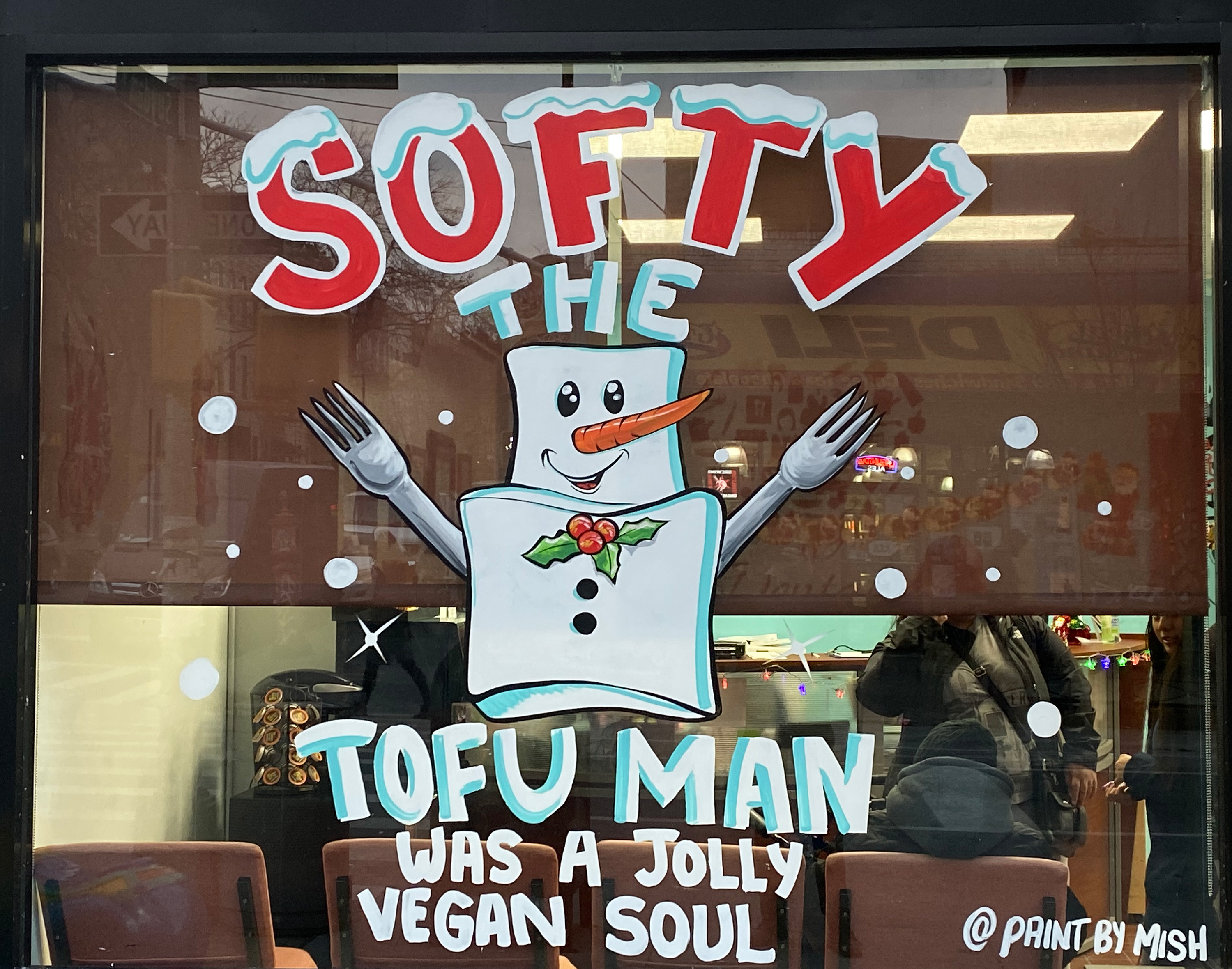 “Every day, every way, and every medium is an opportunity to ‘educate, advocate, and liberate.’ We need to seize these opportunities,” DellaPietra said. “We all have resources, skill sets, and opportunities to help animals—whether it’s on social media; through leafleting, protesting, or wearing vegan gear; and yes, even through storefront windows of a dental office.”

Black-Owned Vegan Dessert Brand Invests $1.3 Million in Production to Keep up With Demand