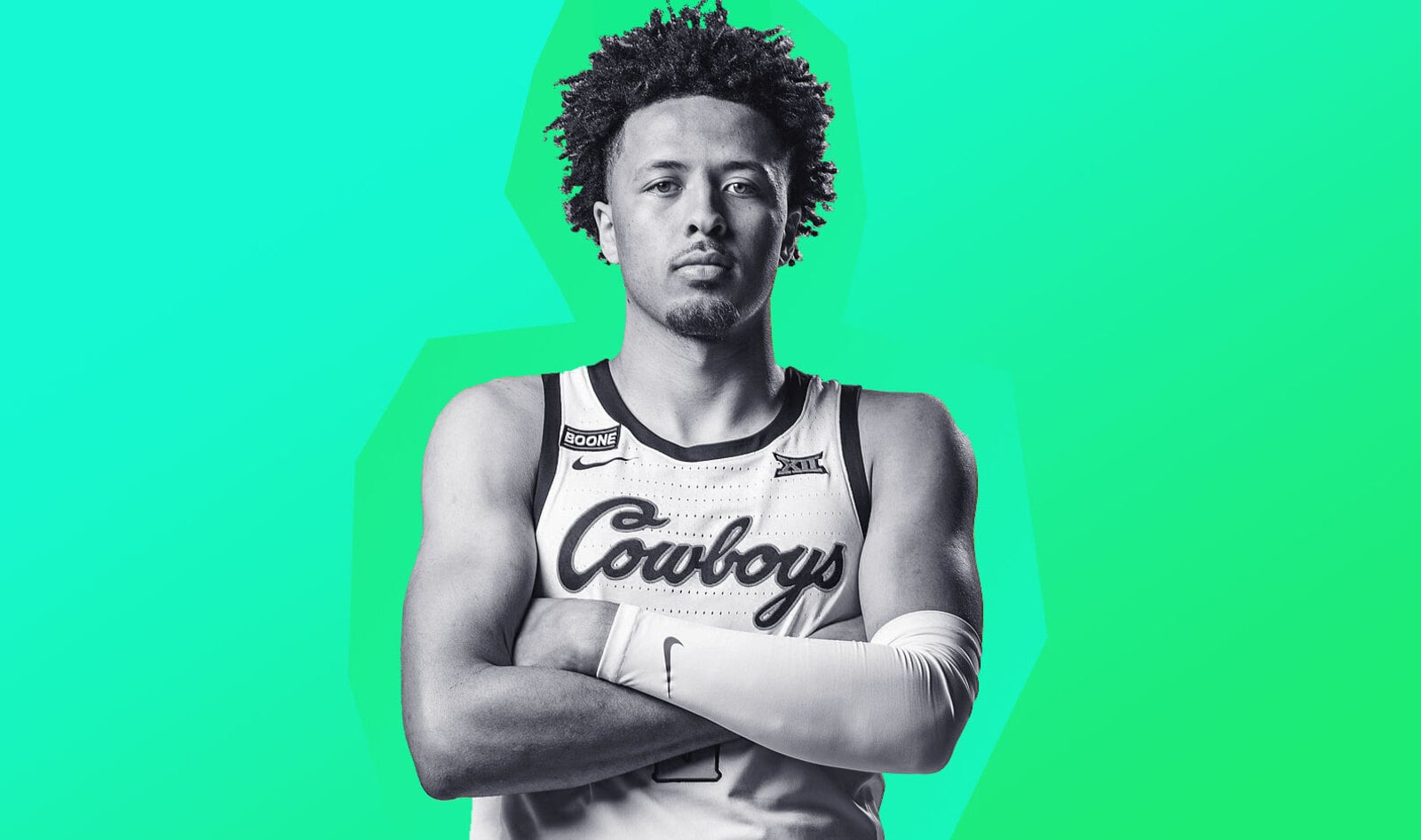 Oklahoma State vegan basketball player Cade Cunningham was the first pick during the NBA draft this week. For the next NBA season, the 19-year-old—who has been vegan since high school—will head to Detroit to play for the Pistons. Immediately after he was announced as the first NBA draft pick, Cunningham spoke with the ESPN broadcast crew. When asked about why he decided to go vegan, the 220-pound, six-foot-eight athlete explained that he initially wanted to experiment with plant-based eating to see how his body would respond.

“I think, bigger than anything, I just wanted to try something new for my body and see how my body reacted to it,” he said. “So, once I tried it, I did it for two weeks.” Cunningham explained that he ate at McDonald’s during a trip with Team USA to Greece in 2019 during the FIBA World Cup. “We weren’t accustomed to the food that we had out there,” Cunningham said. “So, I started back eating burgers and things, [but] on that trip, I told myself, ‘I’m going back to vegan, and I’m sticking to it.’” 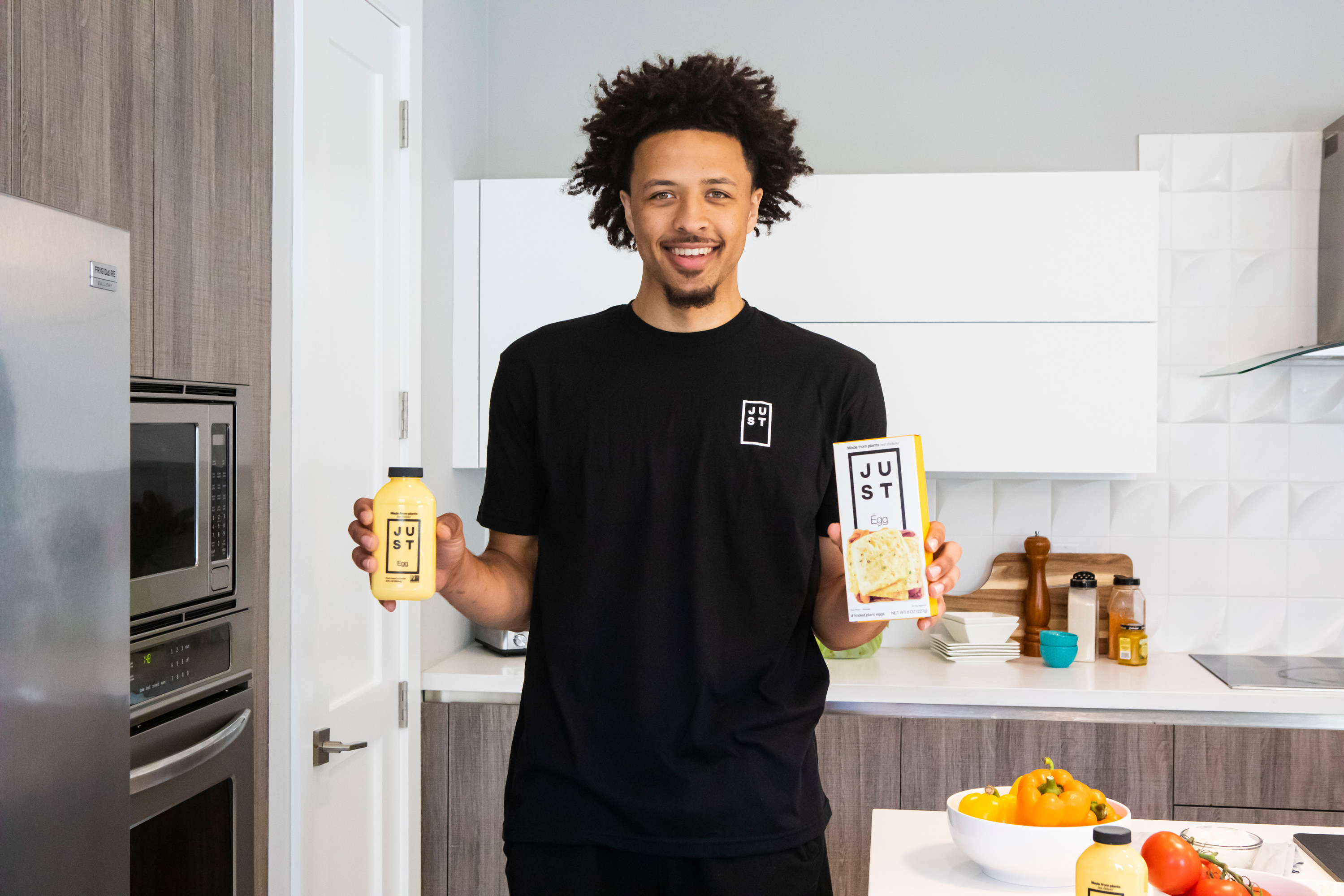 While many athletes partner with sugary soda brands for endorsement deals, Cunningham recently became the newest athlete ambassador for Eat Just, the company behind vegan egg replacer JUST Egg. And when he moves to Detroit, Cunningham will be the inspiration for a new meatless option at the city’s popular FOLK Cafe.

The “Cade Stack” will be available in the cafe’s Corktown location this August for a limited time and will include a mung bean-based JUST Egg Folded, as well as shakshuka cheese sauce, lettuce leaf basil, greens, Rosemary potato crisps, all on Zingerman’s plant-based country bread. VegNews is checking how to order The Cade Stack vegan. 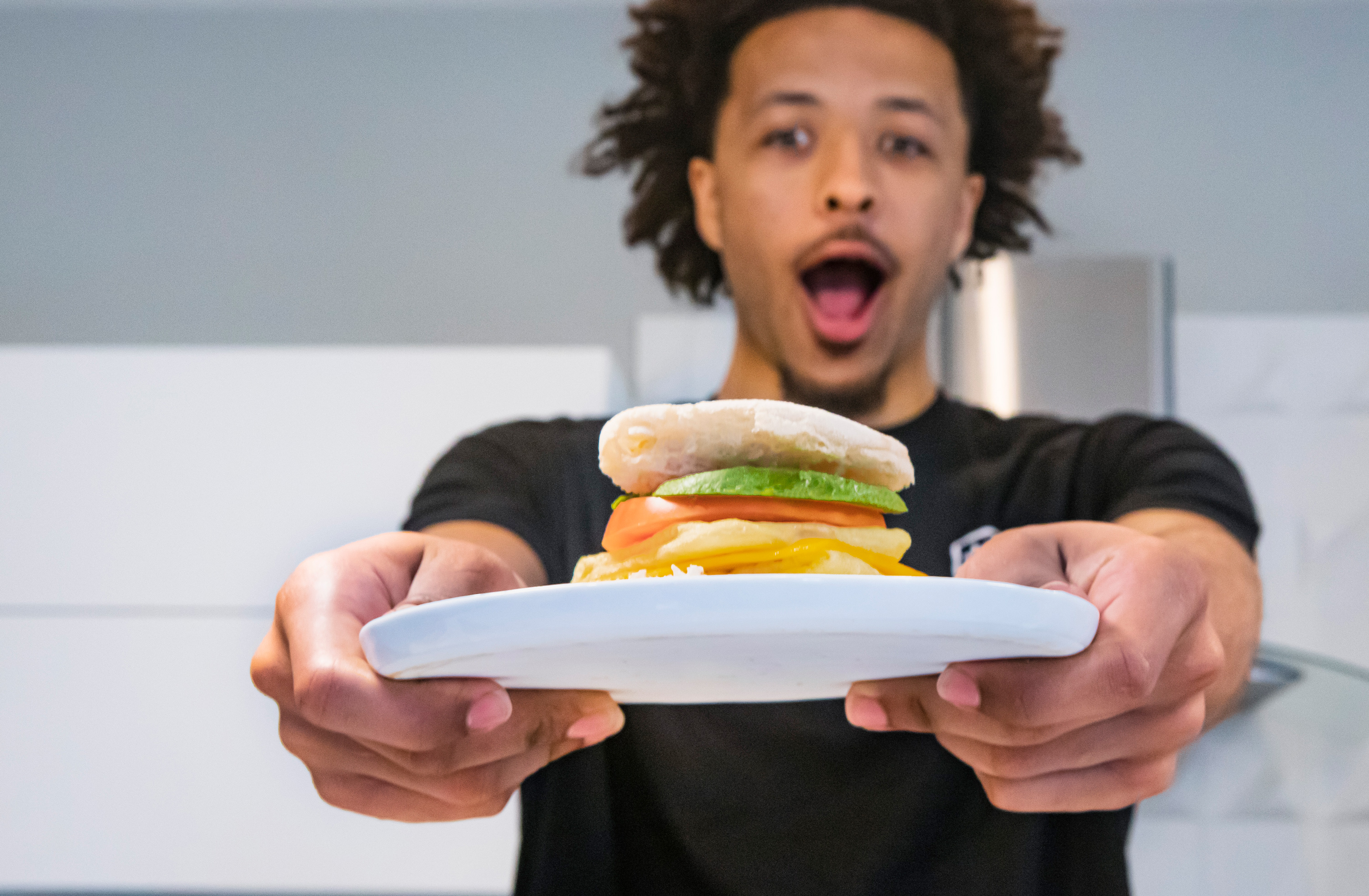 Cunningham—who says his aim is to become the next LeBron James—is in good company in the NBA, joining a slew of big names who are already leading a vegan lifestyle. In 2017, Kyrie Irving went vegan while playing for the Boston Celtics and credited his plant-based diet for the team’s 13-game winning streak. Irving also chose to go the plant-based route in the ambassadorship department when he partnered with Beyond Meat to promote the company’s plant-based meats as part of its “Go Beyond” campaign. 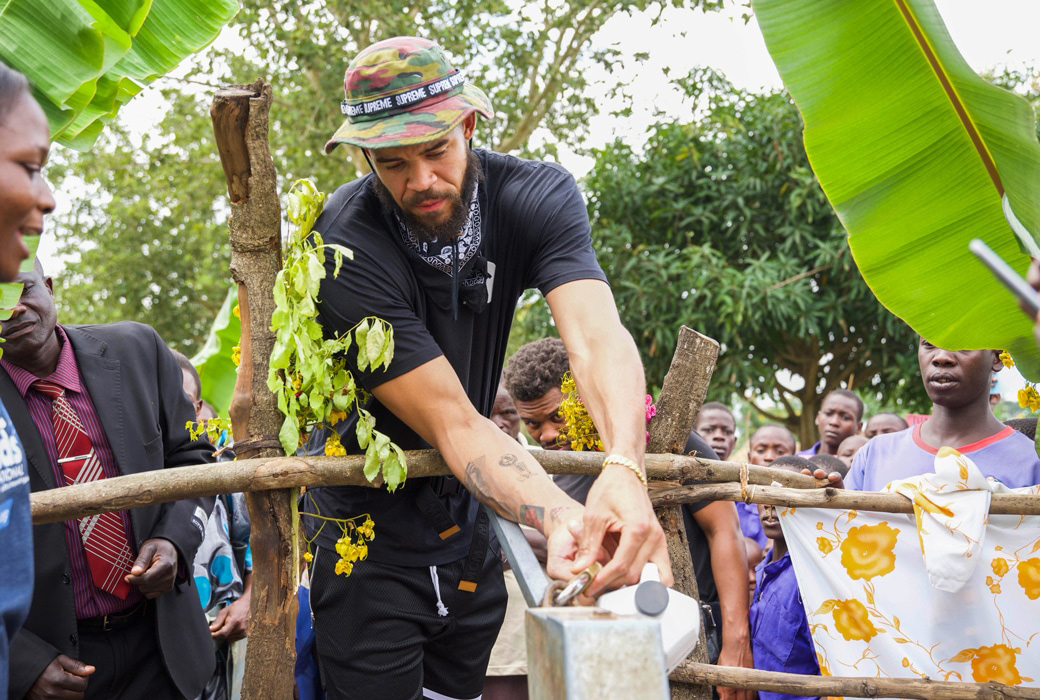 Denver Nuggets center JaVale McGee went vegan back in 2016. The 35-year-old athlete recently partnered with vegan brand Outstanding Foods to launch the #HellaHotChallenge, a campaign that challenges fans to eat spicy Hella Hot Outstanding Puffs without reaching for water. The challenge was created to bring awareness to McGee’s JUGLIFE organization, which is on a mission to bring healthy living through clean water to communities in need.

Chris Paul has also been vegan since 2019 and, like Irving, noticed improvements in his athletic performance after dropping animal products from his diet. The Phoenix Suns star—known as “CP3”—took his veganism off the court recently with a partnership with online marketplace goPuff, which offers a variety of consumer products for quick delivery nationwide. Paul joined goPuff to help the platform diversify its plant-based offerings, particularly those made by Black- and brown-owned businesses. 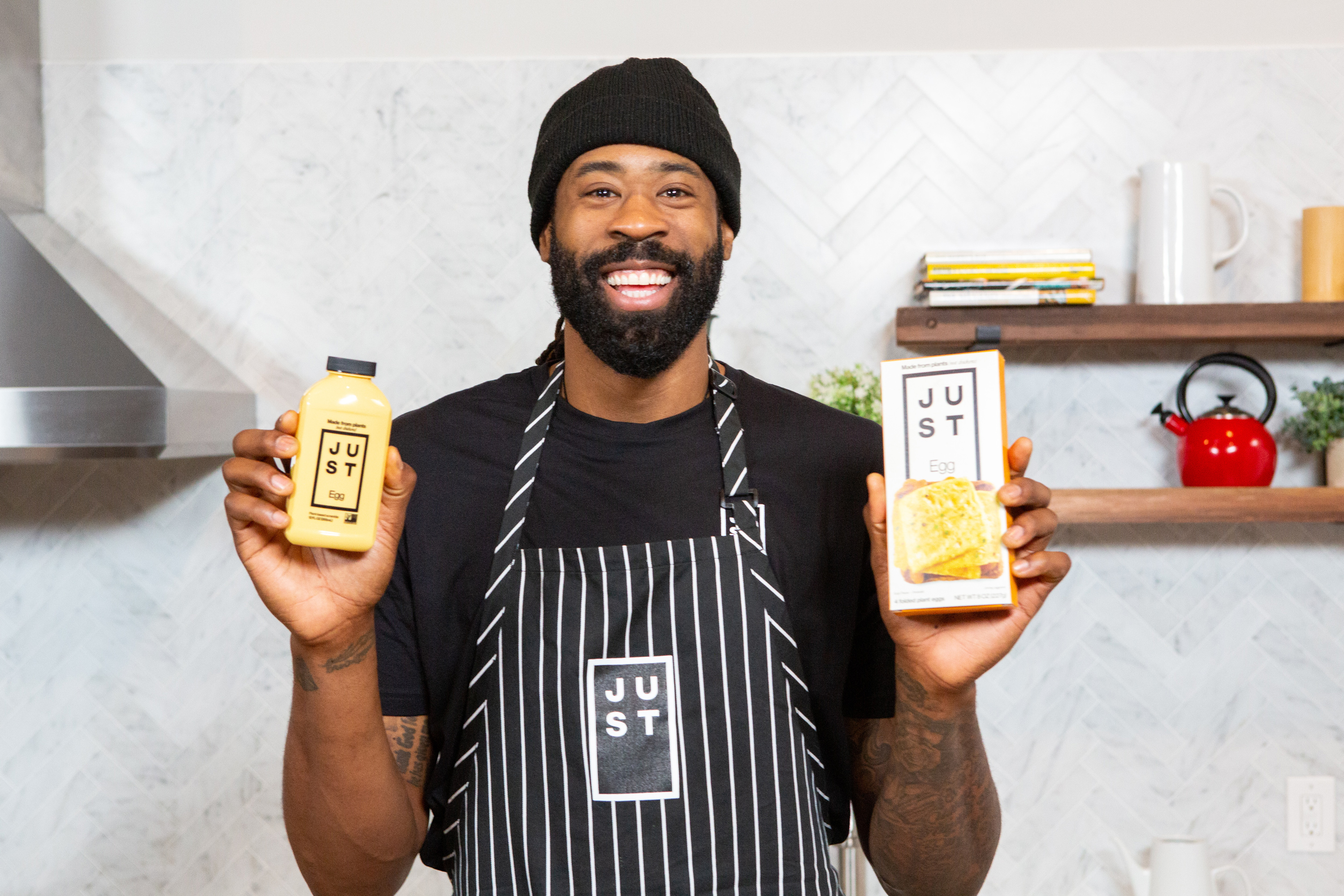 Brooklyn Nets center DeAndre Jordan is not only an outspoken vegan but hosted his own vegan cooking show, Cooking Clean, on athlete-owned network PlayersTV. For his part, Jordan went vegan “cold turkey” both to improve his game and to reduce his environmental impact. Both Jordan and Milwakee Bucks’ Jrue Holiday (who is currently playing basketball for Team USA at the 2020 Tokyo Olympics) are ambassadors for Eat Just.