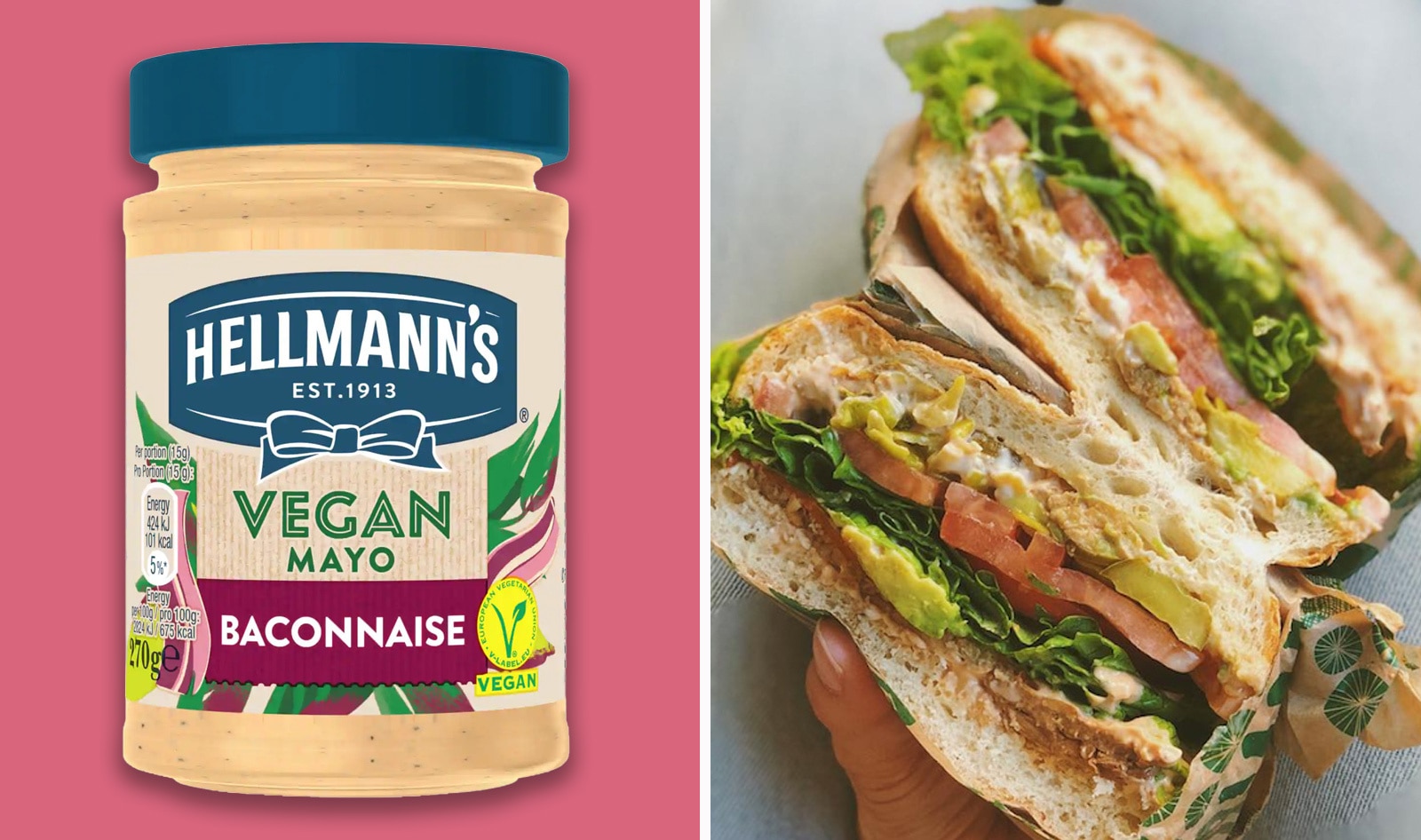 Condiment brand Hellmann’s just launched three new flavors of vegan mayonnaise across Canada for a limited time. The brand—which currently offers original Vegan Mayo—is adding to its lineup with Baconnaise, Garlic, and Chipotle flavors. The three options are available at supermarket chains Metro and Sobeys across Canada but only until September.

Hellmann’s Vegan Baconnaise offers a smoky, umami flavor and can be used as a condiment for vegan burgers, French fries, potatoes, or pizza. The Vegan Garlic Mayo offers a creamy taste of fresh garlic that can compliment vegan burgers or sandwiches, and the Vegan Chipotle Mayo can be used as a dip for sweet potato fries.

To promote its new Vegan Baconnaise, Hellmann’s is giving away coupons for free products to residents of Canada if they have the name “bacon” on their social media accounts, live on a “bacon” street, or have “bacon” in their name.

Hellmann’s promoted the products in a similar way when it launched the three new flavors of vegan mayo at retailers across the United Kingdom earlier this year. There, the brand gave away 250 jars to any UK resident who could prove that their last name is “Bacon.” Hellman’s also sent 80 jars of the vegan Baconnaise to residents who live on Bacon street across the UK.

The launch of vegan mayo

Hellmann’s launched its first vegan mayo in 2016—then called “Vegan Carefully Crafted Dressing & Sandwich Spread”—as an alternative to its traditional Hellmann’s mayonnaise but made without the eggs. Prior to launching its vegan mayo, Hellmann’s parent company Unilever filed a lawsuit in 2014 against San Francisco-based food tech company Hampton Creek (now known as Eat Just) alleging that its product Just Mayo violated the standard of identity of mayonnaise as it did not contain eggs.

After a long legal battle over the usage of the word “mayo,” Hellmann’s dropped the lawsuit and obtained vegan certification for its own vegan product from Vegan Action—the national non-profit organization responsible for certifying many of the vegan products in grocery stores. Despite its fight with Eat Just over its usage of “mayo,” Hellmann’s  added vegan labeling to make it easier for consumers to identify its eggless mayo product.

In 2016, the vegan-certified spread (which Unilever sells under its “Best Foods” brand in some regions) launched in the United States and Canada before debuting in the United Kingdom in 2018 with new “Vegan Mayo” branding. 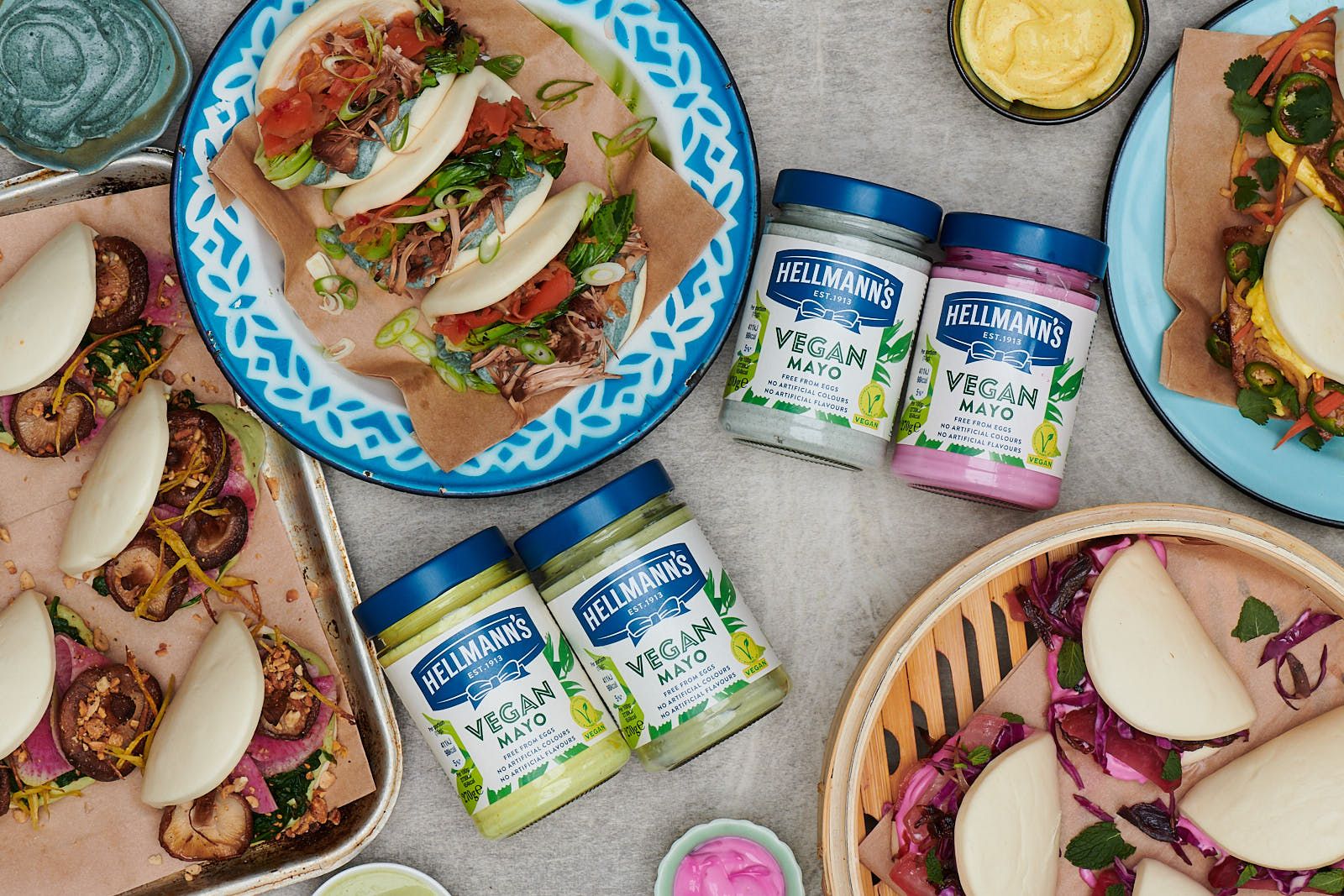 The flavors were only available at the Vegan Rain-Bao pop-up truck for two days in January in London, England, where Hellmann’s served up a variety of vegan bao (Chinese buns) to determine which mayo flavor was most popular for a potential limited-time retail launch in the future.